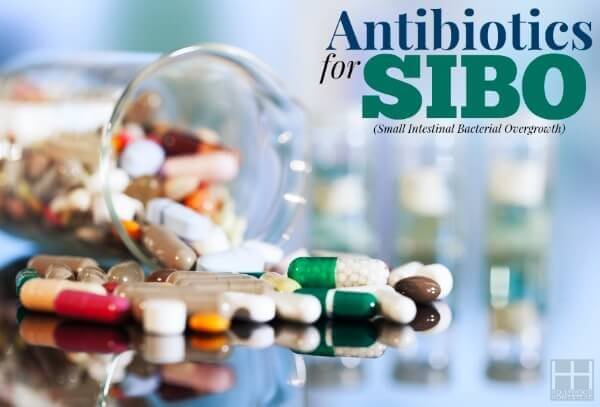 SIBO is caused by an overgrowth of bacteria in your small intestine, so it would make sense to treat it with antibiotics – right? While antibiotics may be an integral part of the SIBO treatment process, antibiotics alone rarely cure SIBO in the long term. Here we will talk about which antibiotics can be used for treating SIBO and why you shouldn’t rely solely on them to overcome SIBO.

This article is part of a series on treating SIBO. If you missed the last parts of the series, read them here: 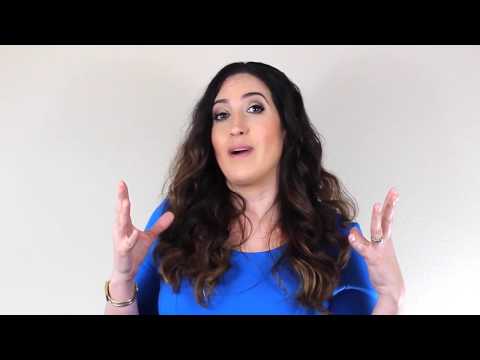 What Antibiotics Are Used for Treating SIBO?

There are two antibiotics which are mainly used for treating SIBO: Rifaximin (generic: Xifaxan) and Neomycin (in the case of methane-dominant SIBO). The reason these are chosen is because they are non-systemic, meaning they mostly don’t get absorbed into the bloodstream and instead stay in the intestines, allowing them to kill bacteria residing in the intestines and not elsewhere.

Less frequently, the systemic antibiotic (meaning it does get into your blood and circulate through your body) Metronidazole is prescribed.1   Generally, doctors will prescribe these antibiotics for 10 to 14 day courses.2

At siboinfo.com, Dr. Siebecker (a leading expert on SIBO) gives these as some examples of SIBO dosage options. Keep in mind that there aren’t any established protocols for SIBO antibiotic dosages, so your doctor may prescribe something different1:

Oftentimes, a single round with one of these antibiotics doesn’t cure SIBO, especially in severe cases.3  When the first course doesn’t work, doctors will often prescribe another antibiotic or add another antibiotic to the treatment for another course.

For me, one 14 day course of Rifaximin + Neomycin didn’t even come close to eradicating SIBO.   I later learned that based on my severe case it likely would have taken FOUR (expletive deleted) rounds!

But Don’t Antibiotics Cause SIBO?

It is ironic that antibiotics are used to treat SIBO, because one of the main causes of SIBO is antibiotic use.

Antibiotics can’t tell the difference between the “healthy” bacteria in your body and the “harmful” bacteria. They also can’t determine healthy levels of bacteria (remember, SIBO can sometimes be caused by too much of the healthy bacteria which should be in your gut!).

When you take an antibiotic, whether for SIBO or another condition, it will indiscriminately kill off all bacteria – including the good guys.

The good bacteria in our guts have many roles, including keeping the “bad guys” in check. Without enough good guys, the bad guys can quickly get out of control.   So, those antibiotics for SIBO might temporarily get rid of the harmful bacteria, but it will probably just come back since you also killed off the good guys too!  Hence why SIBO has such a high recurrence rate.

The (In)Effectiveness of Antibiotics for Treating SIBO

Depending on which reports you go by, antibiotics are 40% to 91% effective in treating SIBO.1, 4

However, if we look at the long-term effectiveness of antibiotics for treating SIBO, the results are poor. Studies show that recurrence occurs in almost HALF of all patients within one year!3

Considering that antibiotics kill off the healthy bacteria in your gut, the high recurrence rate of SIBO after antibiotic treatment shouldn’t be surprising. More importantly, antibiotics do not address the underlying conditions which caused bacteria overgrowth in the first place.

This is why it is so important to take a comprehensive approach to SIBO treatment which includes taking a prokinetic agent (which we will talk about later), and making changes to your diet and lifestyle.   You can’t just expect that a hardcore round of antibiotics is going to solve your problems!  There is no magic pill for SIBO and that includes antibiotics.

*You must wait 14 days after finishing a round of antibiotics (even herbal antibiotics) before retesting.  This is critical for the accuracy of test!  However, don’t wait more than 16 days to retest; you want to retest before regrowth of bacteria (recurrence) has time to occur.

In the next articles of this series, we will talk about other methods of treating SIBO (and beating it food good!), including herbal antibiotics, dietary changes, healing the gut lining, and supplements for SIBO. 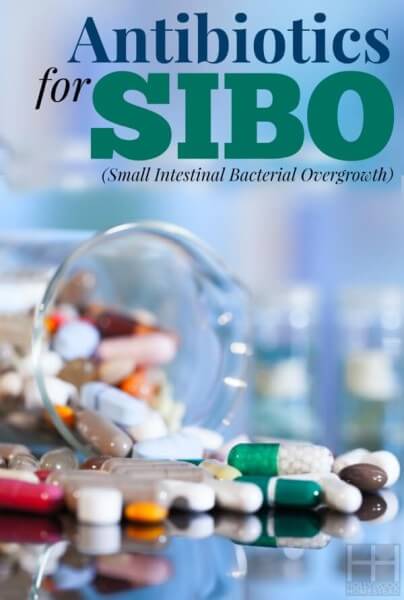