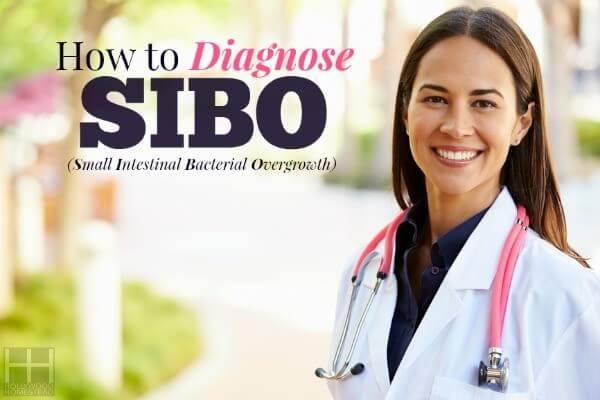 When you have SIBO, you can experience a wide range of symptoms from gas and flatulence to fatigue and depression. It is impossible to diagnose SIBO based on symptoms alone because the disease shares so many symptoms of other gut diseases. There is also a strong link between SIBO and other gut diseases such as Irritable Bowel Syndrome and Celiac Disease. So, even if you have been diagnosed with a gut disease, it is still good practice to test for SIBO. There are numerous different ways of diagnosing SIBO, but some tests are much more reliable than others.  Here we will go over the different ways to diagnose SIBO.

This is part of a series on Treating SIBO.  If you missed the last parts of the series, check them out here:

This test used to be considered the “Gold Standard” for diagnosing SIBO. It involves putting a tube down the nose, through the stomach, and into the small intestine to take a sample of fluid. Bacteria from the fluid is then grown (cultured) to determine what type and how much bacteria are present.

This test is no longer considered the best method for diagnosing SIBO. For starters, it is invasive and definitely not a pleasant experience for the patient! It also requires a highly-skilled professional to perform, and is costly. These problems might be acceptable, except that culturing bacteria isn’t even a very accurate method of diagnosing SIBO. According to research published in the journal Science, this method only reveals about 20% of the microbiota in the small intestine – so SIBO could easily be missed.1, 2

Stool testing can NOT diagnose SIBO because it mostly reflects the large intestine, and not the small intestine. This doesn’t mean that it can’t be a valuable diagnostic tool though. A stool test can suggest whether there is a bacterial overgrowth in the large intestine. It can also show fat malabsorption which may occur due to SIBO. Further, stool testing can be used to diagnose or eliminate other potential gut problems, such the presence of specific parasites.   Some of the markers which may be measured in a stool test are:

Urine tests can only indirectly tell you if you have a bacterial overgrowth. They cannot tell you where the overgrowth is occurring, and thus can NOT be used to diagnose SIBO. However, some experts like Chris Kresser prefer the test because it also contains other markers which are useful for diagnosis.5, 6

Because of the limitations with the other SIBO diagnostic tests, breath tests are now considered the best way to diagnose SIBO.

The bacteria in our guts feed off of carbohydrates. They produce gases as a byproduct, including hydrogen and methane. Some of the gases are then absorbed through the lining of the colon and get into our blood. From there, the gases make it to our lungs and are exhaled in our breath. The amount of hydrogen and methane in our breath can indicate whether there is an overgrowth of bacteria in the small intestine. Note that there is a difference between Hydrogen SIBO and Methane SIBO.

Breath tests also aren’t perfect for diagnosing SIBO, especially because there is no consensus on how to interpret test results. However, since it is thought that the only source of hydrogen in the body is from bacterial fermentation of carbohydrates, the hydrogen breath test is likely the most accurate method of diagnosing SIBO. It also has the benefit of being cheap, easy, and non-invasive.1

Note that not all breath tests for SIBO are the same! To learn more, read this article about SIBO breath tests.

Diagnosing SIBO Doesn’t Diagnose the Cause!

These diagnosis tests are simply used to tell whether you have an overgrowth of bacteria in your small intestine or not. Of course, this is important – but the tests DO NOT TELL YOU WHAT CAUSED THE SIBO IN THE FIRST PLACE.

Bacterial overgrowth is an indication of an underlying problem. If you don’t treat this root problem, then the SIBO is just likely to come back – regardless of how many rounds of antibiotics you take to kill the bacteria in your gut. Unfortunately, there are many possible reasons for SIBO (which we talked about in Part 3 of the series on the Causes of SIBO ).

To really cure SIBO, you’ve got to take an multifaceted approach and make major lifestyle and diet changes so you don’t create the conditions which allow your gut bacteria to become unbalanced.

Want to learn more about diagnosing SIBO?  Read the next part of this series about breath tests for SIBO. 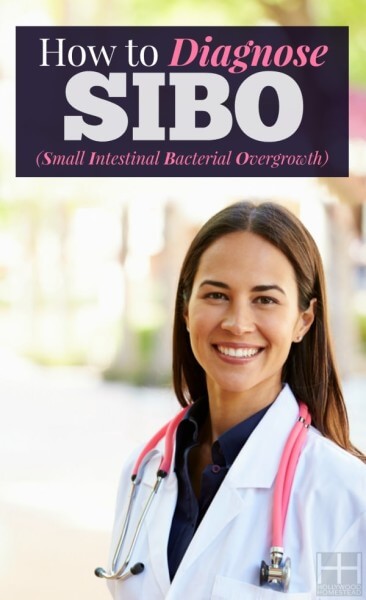