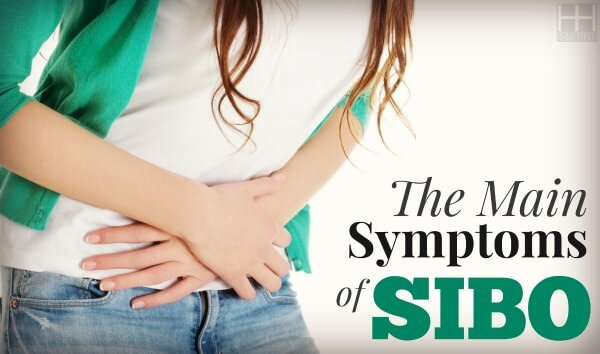 SIBO – Small Intestine Bacterial Overgrowth syndrome – is a chronic disease in which there is too much bacteria in the small intestines, or the wrong type of bacteria (most commonly, bacteria from your large intestine getting into your small intestine). As you’d expect, SIBO causes many gastrointestinal symptoms. However, because the gut is linked to so many other parts of the body, SIBO can cause a wide range of symptoms from depression to skin rashes.

This is Part 2 in a series about Treating SIBO.  Click the following link to read Part 1:

The Main Symptoms of SIBO

When you have too much bacteria in your gut, the bacteria will start feeding off of undigested particles of food. The bacteria causes the starches to ferment. The fermentation process produces hydrogen gas as a byproduct. If you have an overgrowth of bacteria, then the bacteria are going to have a field day eating away at your food — before your body can even start digesting them.  You end up with a gut full of hydrogen gas.

With the methane-producing type of SIBO (which we will get into later), there is also an overgrowth of archaea, which are single-cell organisms without a nucleus. The archaea feed off of hydrogen, but they produce methane as a byproduct. In either case, you end up with a lot of gas in your gut.

What happens when your gut is full of gas? Well, the obvious one is that you are going to have flatulence and/or belching. The gas can also cause severe bloating. Even if you are thin, the bloating can be so bad that you look like you are 5 months pregnant.  It’s not really a laughing matter but I like to joke that it feels like I’m a hot air balloon and if you see me floating around, please pull me down. 😉  During my worst days the bloating was so severe I felt like I was in the last month of pregnancy when sitting at a 90 degree angle is very uncomfortable.

Another problem which sometimes occurs with SIBO is severe abdominal pain. This is partly due to the fact that the intestines are sensitive to pressure, so even a small amount of gas can cause pain. The pain can also be caused by visceral hypersensitivity. Dr. Christina Lasich describes visceral sensitivity very well by comparing it to a sunburn. When your skin becomes burned, even the slightest tough makes it hurt. This is hypersensitivity. Well, the very thing can happen when your gut is chronically damaged, making the pain more intense.1

Other Symptoms of SIBO

If it were just digestive problems that we were talking about, then SIBO wouldn’t be such a big deal. But our gut is responsible for much more than just eating.  Problems in the gut can cause other problems including malnutrition, neurological and psychological problems, and skin problems.

There are two ways that SIBO causes malnutrition:

For example, bile usually helps break down fats. When you have SIBO though, the bacteria deconjugate (disrupt) bile salts, leading to insufficient amounts of fat absorption. This is NOT a good thing! Your body relies on dietary fat to transport fat-soluble vitamins. This is why SIBO can cause deficiencies in vitamins A, D, and E. Vitamin K is also a fat-soluble vitamin. However, it is produced from fermentation, so it is rare in SIBO.4

The unabsorbed fatty acids can also caused other nutritional problems. The acids can bind with minerals like calcium and magnesium (important for bone health) and form “soaps” which your body can’t break down. This drastically increases the risk of bone diseases.6

B12 deficiency is also a major problem with SIBO. The bacteria consume the B12 before the body can absorb it.7  B12 has many important roles, including making DNA and keeping the body’s blood and nerve cells healthy. Without enough B12, you can experience symptoms like:

And this is just the tip of the iceberg! Because the bacteria can inflame and damage the sensitive villi lining the small intestine, the body can have problems absorbing all sorts of nutrients. You can eat an incredibly healthy diet full of superfoods but it won’t do you any good if your body can’t absorb the nutrients!

Recently, experts have come to recognize a strong connection between the brain and the intestines. They call this the gut-brain axis.  The gut-brain axis is so powerful that our gut bacteria is now often referred to as the “second brain.”9

The gut-brain axis isn’t exactly a new discovery. For over 100 years, scientists have known that the brain can influence the gut. One example is the army surgeon William Beaumont who, in the 1830s, found that changes in mood affected gastric secretions in the gut. Even people without a medical background can recognize the gut-brain axis. Think about it: when you are stressed, you often get indigestion. When you are depressed, you often feel the urge to eat.

What is new about the gut-brain axis is that researchers finally realized that it is a two-way street. Actually, more like a cylindrical street. The brain affects the gut, and the gut can affect the brain. For example, stress is thought to be a major cause of SIBO. But, a damaged gut can also affect your brain and make you feel stressed. That is why stress can be both a cause and a symptom of SIBO.10

The gut-brain axis is fairly complex, especially when you take into account that there billions of neurons in our brains, trillions of bacteria in our guts, and upwards of 1,000 distinct species of bacteria in the gut. Obviously, there is a lot to analyze!

The vast majority (90%) of the brain’s output goes through the pontomedullary area of the brain stem, which then goes to the vagus nerve. The vagus nerve goes through the heart, esophagus, and lungs and into the gut.10   Studies now show that changes to gut microbiota can affect the brain. (*Microbiota, also known as gut flora, is a term which includes all microbes living in the gut, including bacteria, archaea, fungi, and viruses).  The microbiota influence the brain even when the immune system isn’t activated, which means it is the microbiota which are directly “talking” to the brain! Note though that it isn’t just the microbiota itself which is doing the talking. Bacteria in the gut can cause inflammation, which is an immune response – and the immune system also communicates with the brain.11

Most of the studies to date have been on animals, but the results are pretty amazing. For examples, when rats were fed an antibiotic-laced drinking water, it caused anxiety-like behavior. When the antibiotic treatment stopped, their behavior went back to normal two weeks later.12  The human studies which have been done mostly involve administering probiotics, and have found that probiotics can influence mood.13

Because of the gut-brain axis, these are some of the SIBO symptoms you might experience:

Remember, the gut-brain axis is a two-way street.  Stress, neurological, and psychological problems aren’t just symptoms of SIBO, but can also be causes of SIBO!

To learn more about the brain connection with SIBO, I highly recommend reading Dr. Kharrazian’s new brain book called Why Isn’t My Brain Working.  In the book, he teaches you nutritional strategies for improving brain function.  I’ve just started with it but I’ve heard great feedback about his methods from SIBO patients.  You can buy the book here. 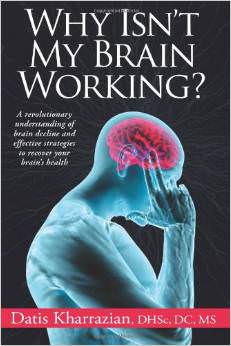 Skin Conditions as Symptoms of SIBO

Do you have acne, rashes, or eczema? Or maybe you just have uneven, flaky skin? These can all be symptoms of SIBO. On a basic level, SIBO can cause skin problems because it interferes with nutrient absorption, and poor nutrition often reveals itself first through your skin. As talked about in the nutrient deficiency section, SIBO particularly interferes with the absorption of fat-soluble vitamins – including Vitamin E which is known for its role in skin health.

However, the main reason that skin conditions are a symptom of SIBO probably goes back to the gut-brain axis.   Well, we need to add one more axis: The gut-skin axis. You have already experienced your brain-skin axis, such as when your skin flushes when you become embarrassed or you get a breakout right before a stressful exam.   Since the gut influences the brain, it follows suite that the gut can influence your skin.

Interestingly, the gut may be able to influence the skin directly.   Your skin is teeming with bacteria: there are about 1 million bacteria living on each square inch of skin you have.14

Research indicates that signals from your gut bacteria can interact directly with the bacteria on your skin.15  The bacteria in SIBO can also cause inflammation, which also is a trigger for acne.

Like with the gut-brain axis, much more research is needed before we can fully understand the gut-skin axis. However, we do know these facts:

This article is part of a series on Treating SIBO.  Learn more about SIBO in the next part: