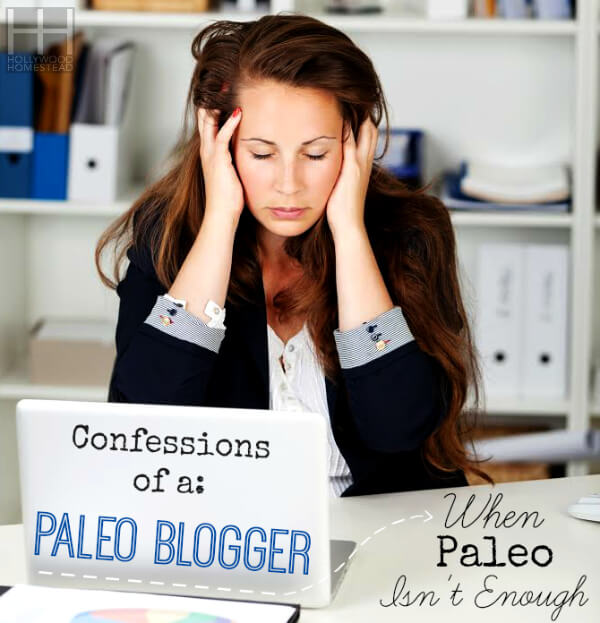 We’ve all heard those perfect paleo testimonials, where someone ditches grains and refined sugar, drops 100 lbs, reverses every possible disease under the sun and goes on their merry way.  And then there’s the story of people who have autoimmune diseases and after a bit of foot stomping have to also give up eggs and nightshades and whatnot and be a lot more vigilant about what spices are snuck into their sausages.

My paleo story is more in the latter camp.   To me paleo is just a template a starting point,  a baseline diet that works for most human beings since it is indeed the way we have evolved to eat.  But despite the amazing improvements I’ve seen in my health, body, mind, relationships and family, I’m far from “fixed”.  I’ll always be a work in progress.

I felt the need to write this post because of several comments I’ve gotten along the way in the last few months, mostly from friends and acquaintances, that made me realize that in my effort to help people I may not have been as transparent about my current and ongoing health struggles.  I know it’s likely there are many of you that are still struggling with health issues despite adopting the healthiest diet on the planet. My excuses?  Well, for starters, I’m actually a pretty private person believe it or not — especially when it comes to things like enemas! That’s changing a bit inevitably because of the blog but every single post that is about me has been super hard to crank out (this one included) and yet if it has the potential to help others, how can I keep it to myself?

My other excuse is that I like to wait until I have things fairly figured out before sharing them with others, for fear of misleading anyone, which is bonkers since I’m only human and will never have it all figure out and this blog will always be just me sharing what I’m learning along the way and trying to figure things out with the rest of you.  So, here goes…

During the course of this year I’ve seen several doctors and had many, many lab tests.  A few of the things I’ve been dealing with and working to correct with supplements under the guidance of my naturopathic doctor are: H. Pylori, SIBO, high levels of lead and mercury, histamine intolerance and the long list of vitamin and mineral deficiencies that result from a crappy childhood diet.

My doctors are still not entirely convinced I don’t have an autoimmune disease despite testing negative several times but I guess that’s a problem for another day.  In the meantime I’m trying to minimize all the other smaller variables before dealing with larger potential issues.

So, does that mean that paleo is not right for me?

No! Paleo saved my life. Removing processed foods, grains, refined sugar and legumes and increasing my intake of quality meat, saturated fat and dietary cholesterol is the best thing I’ve ever done for my health.  The list of conditions I have reversed and medications I have ditched because of paleo are incredible and every once in a while I have to remind myself of that when I’m too focused on my current struggles.  I mean, before paleo I didn’t even get a period- how messed up is that?! And now I do, every single month like clockwork.  Before paleo I was allergic to so many things my allergist was shocked.  I ended up in an emergency room 3 times because of them.  So being allergic to a few things now and trying to refine what those are is really nothing in comparison to what it could and used to be like.

The truth is you can’t simply un-do the damage of 30 years of crappy food with 2 years of eating healthy.

So, what does all this mean for me right now?

I will give progress updates every few weeks for those of you that are interested in these conditions.  As a reminder, I’m not a doctor and none of this is to be taken as medical advice diagnosis or treatment.  As much of a researcher, experimenter and health skeptic as I am, there is no way I could tackle these protocols without the guidance of my N.D.  So, while I may share a supplement I’m using here and there, I highly recommend you find a qualified health professional to help diagnose your conditions.

I recently finished a protocol to eradicate H. Pylori and, HOORAY! I was successful.  I’m so relieved it didn’t involve antibiotics thus far since I’ve had more of those in my life than I can count and it is probably the thing that single handedly wrecked my health the most.

I’ve also embarked on several detox methods, some of them fun — like relaxing baths — and others not so fun.  I’m not sure you can call an enema fun.  Haha!!!  You can read about my detoxes in these posts:

My persistent fatigue lead my doc to suspect heavy metals so I did a urine test which discovered high levels of lead and mercury.

I’m 3 weeks into a heavy metal chelation. Holy heck this has been the toughest thing I’ve done health wise so far.  It is an 8 week protocol during which I take supplements 4 times a day in addition to a smoothie full of more supplements.  I have to avoid anything that might give my liver any additional detoxing to do, namely caffeine and alcohol, which isn’t always easy this time of year.  I’ve been breaking out like crazy, have crazy headaches and brain fog and other than walking and yoga cannot exercise at all right now.  I’m trying to be patient during this process but hot damn it ain’t easy. I’m super over it.

And then there’s the histamine intolerance which I’m trying to postpone driving myself crazy with until the heavy metal party in my head is over next month because another elimination diet is not exactly what I need at this point but in the meantime, I’ve been paying attention to how high histamine foods affect me and making a plan to do a strict elimination of these foods in the near future.  In the meantime, I’m whining and complaining about it to my foodie friends and husband. 🙂

This may be a bit of an unorganized rant.  I can’t really tell. I blame the heavy metals.  I just want to be honest and transparent with you all about what’s up on the Homestead these days.  I can’t promise there won’t be any alcohol had at Christmas dinner but until then my cocktail of choice will be sparkling water with a touch of lemon or lime in it.

Have questions?  Please comment below and I will answer them next time I do an update.  If you prefer to keep them anonymous, fill out the contact form on my site.  I can’t reply to each question individually but I do read them all and will try to address them in a future post especially those questions that I hear multiple times

What fine tuning have you had to do with your diet for health reasons?

14 thoughts on “Confessions of a Paleo Blogger: When Paleo is not Enough”