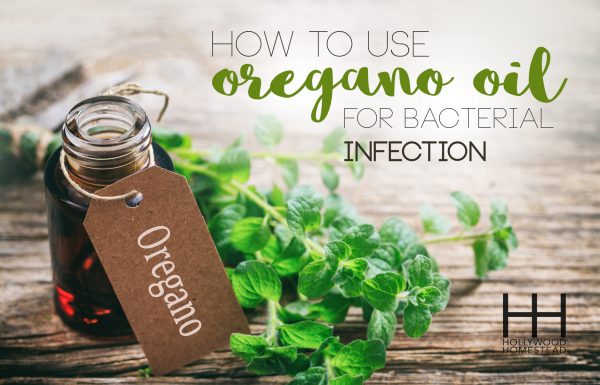 You probably know oregano best as the herb you put on pizzas and in sauces.  Yet, there is a lot more to oregano oil than just its taste.  The world is starting to wake up to the many medical possibilities of oregano oil, particularly against bacterial infections.

If you were to load a bunch of fresh oregano on your tongue, you’d experience a warm, slightly spicy taste.  That taste comes from a compound in oregano oil called carvacrol.

Carvacrol is also found in many other herbs, such as marjoram, thyme, and savory.  However, it has its highest concentration in oregano.1

In numerous studies, carvacrol has been shown to be a potent antibacterial against numerous strains of bacteria.   It is thought to work by destroying the cell membranes of bacteria and stopping them from replicating. 2, 3, 4

What makes the carvacrol in oil of oregano particularly interesting as a natural antibiotic is that it is shown to destroy harmful bacteria while keeping helpful probiotic bacteria intact.

Research shows that, at dosages which cause 97% to 100% of inhibition of pathogenic bacteria, only 3% to 5% of probiotics were inhibited.5

This benefit of oregano oil shouldn’t be understated.  When you take a pharmaceutical antibiotic, it indiscriminately destroys all the bacteria in its path – including the trillions of bacteria which we need for tasks like digestion and even regulating mood.  The result can be a tragic dysbiosis of gut flora.  In fact, researchers now believe that taking antibiotics may be a cause of disorders and diseases such as autism, depression, anxiety, diabetes, and GI problems such as SIBO.  Read more about the risks of gut flora dysbiosis here.

Other Benefits of Oregano Oil

In addition to acting as a natural antibiotic, oil of oregano has many other benefits.  Some of these include:

Why Not Just Take an Antibiotic?

When sick, it is tempting to just pop an antibiotic pill and be done with the problem.

Except that things aren’t that simple.

As mentioned above, we are only now starting to understand the long-term damages which can be caused by taking antibiotics. Here are just two of the main reasons you would want to avoid antibiotics and take a natural antibiotic like oregano oil instead.

The first major reason to take oregano oil instead of an antibiotic is because of antibiotic resistance. Bacteria are relatively simple organisms, which means that they can evolve very easily and quickly.  Evolution happens when a bacteria has a mutation which allows it to survive a threat (such as exposure to an antibiotic).  These bacteria then go on to proliferate, resulting in a new, evolved strain of the bacteria which is resistant to antibiotics. 11

Antibiotic resistance is already taking its toll and it will just get worse if we don’t stop popping antibiotics at every sign of infection.  As talked about in this article, researchers predict we may soon see the reemergence of diseases like typhoid, diphtheria, and many others.

Amazingly, oregano oil has been shown to be effective even against antibiotic-resistant strains of Salmonella! 12

The reason that natural antibiotics like oregano oil are so much more effective is because they work on many levels.  A pharmaceutical antibiotic is just one compound, thus making it easy for bacteria to adapt to it.  By contrast, bacteria have a harder time adapting to the many compounds and their mechanisms of action in natural antibiotics. Read more about herbal antibiotics here.

Of course, you should check with your doctor before taking any natural antibiotic – especially if you have a gut problem.  However, compared to pharmaceutical antibiotics, oregano oil is going to be your gut’s friend.

On a personal note, I first became of aware of the potency of oregano oil as a natural antibiotic while dealing with a severe case of Small Intestinal Bacterial Overgrowth (SIBO).  SIBO is caused when you get too much and/or the wrong type of bacteria growing in your gut.  The last thing you want with SIBO is to further disrupt your bacteria by taking a hardcore antibiotic.  In fact, antibiotics might be a cause of SIBO! You can read more about SIBO here.

Where to Buy Oil of Oregano?

Think that you can just chomp down on a lot of oregano to get its benefits?  According to Dr. Draxe, it takes 1,000 pounds of wild oregano to produce just one pound of the oil! 14  Thus, you are probably better off buying oregano oil.

Like with all supplements, quality matters.  Wild P73 oregano oil is considered the most potent.15

How to Take Oregano Oil and Dosage

It might be natural, but oregano oil is still an antibiotic – and antibiotics should only be used for the short term so you don’t risk gut dysbiosis.  To aid in absorption, oregano oil should be taken with a “carrier oil.”  I prefer pure coconut oil, but olive oil or jojoba oil can also be used.

To Take Oregano Oil as Capsules:

There are two brands of oregano oil that I can recommend.  Of the two, I’d go with the first because it is organic.  However, it is slightly more expensive.  So, if you can’t afford the organic oregano oil (which I recommend), then the second is still a good option. 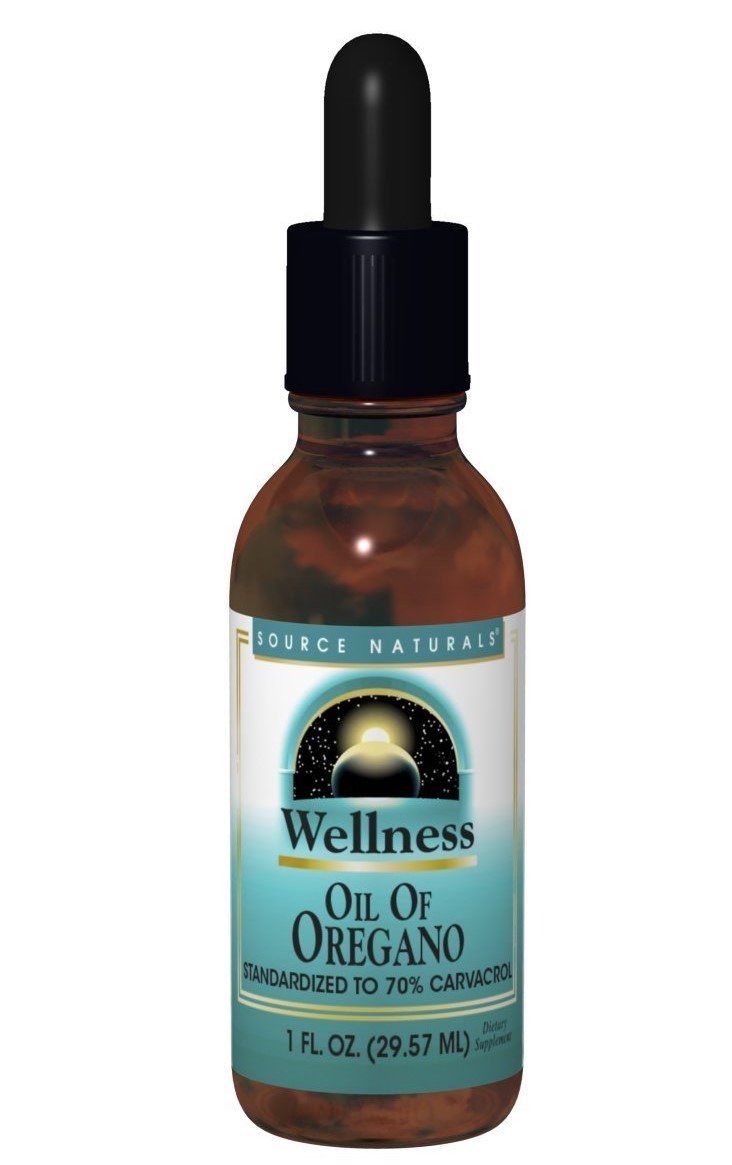 Do you have IBS?

A huge portion of the population suffers from IBS.  Up until recently, researchers mostly dismissed IBS as a disorder caused by stress.  Now we know that upwards of 84% of IBS cases are really SIBO — a disorder in which you have too much and/or the wrong type of bacteria in your gut.  Luckily, SIBO is treatable.

Oil of oregano is just one of the natural treatments which can be used for SIBO.  To learn more about the disorder and how to cure it for good, download The SIBO Solution.  You can buy it here. 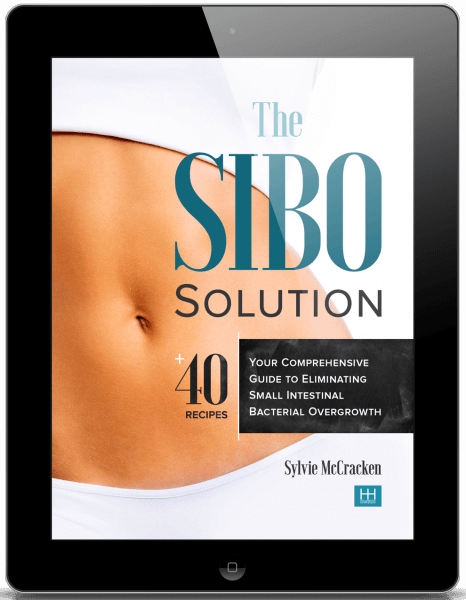 Have you tried oregano oil for bacterial infections? I’d love to hear your experiences! 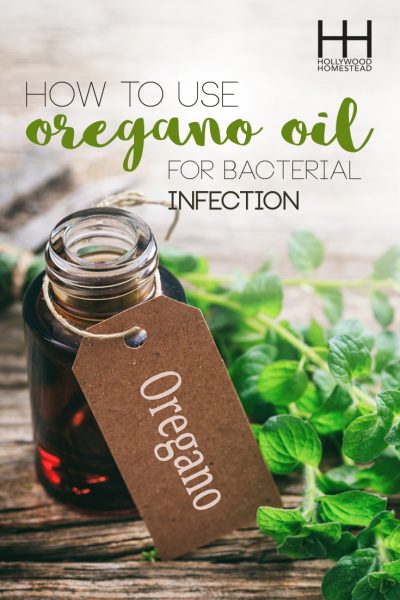