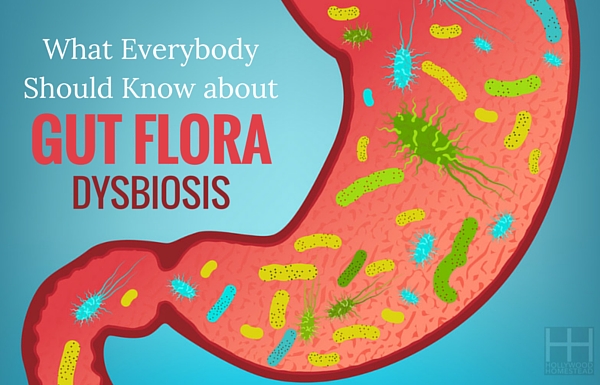 Gut flora, also called gut microbiota, consists of the complex communities of organisms which make up the digestive tract.  These organisms mostly consist of bacteria but also include fungi, archaea, and viruses.

For a long time, we’ve known that the bacteria in our gut has roles like:

However, most of the research on gut flora in the past focused on bad pathogens.  It is only recently that scientists have started studying the roles of beneficial bacteria in our gut.  The results have been shocking.  We now know that gut flora plays an integral role in our everyday functioning.  Disturbances in gut flora are linked to obesity, autism, heart conditions, diabetes and, not surprisingly, gut conditions like SIBO and IBS.

To give you an idea of how important gut flora are for our health, consider that we have 100 trillion bacteria in our intestines alone.  This is 10x the number of cells we have in our bodies!

Microbiologist Rob Knight even credits gut flora with making us who we are.  He points out that we humans are all 99.99% identical in terms of DNA.  With our gut flora, however, that is not true.  We only share about a 10% similarity with each other in terms of gut microbes.   You might say that it is genes which make us who we are (genes are the parts of DNA which determine how cells will live and function).  Yet, bacteria triumph here too.  Human cells have about 20,000 genes but we have as many as 2 million to 20 million microbial genes!
(Source 1, 2, 3, 4, 5)

How Powerful is Gut Flora?

Again, I want to emphasize that research into gut flora is still in its infancy.  Most of what we know about gut flora has been learned by studying mice.  The mice can be raised in sterile environments.  The sterile mice have displayed all sorts of diseases and disorders, which remarkably are cured when the bacteria from a healthy mouse is introduced into their systems.

Human studies on the importance of gut flora usually involve stool samples taken from certain populations.  For example, stool samples show that children with autism have certain imbalances in their gut bacteria.  There is also a huge project called the Human Microbiome Project which is mapping the DNA sequences of bacteria in different parts of the body (oral, airways, skin, gut, and vagina).

Here are just some of the remarkable things that scientists have discovered from studying the gut flora:

These examples show you what a big role gut bacteria can have on our health – even in ways which have nothing to do with digestion.

Bacteria is so important that researchers in the field now believe that the bacteria in our bodies at birth form a “core microbiome” which is the hallmark of a healthy individual.  Remember, the human genome contains just around 20,000 protein-coding genes but we have as many as 3.3 million genes from bacteria! These genes likely influence our biology and the microbiome serves a very distinctive role.  We just don’t know what that role is yet exactly.  (Source)

How Our Gut Bacteria “Talk” to Our Brain

The idea of gut bacteria “talking” to our brains can seem really far-fetched and like something out of a science fiction movie.  But, as the NY Times points out, there are already numerous known examples of pathogens taking over the minds of their hosts.  For example, when a species of ant gets infected by a type of fungi, the ants climb up plants and attach themselves to the undersides of leaves.  The fungi then sprout out of the ants and send spores onto the ants below. (Source)

So we already know that parasites, viruses, and bacteria can have a negative effect on their hosts.  But what about the potential positive effects?

Keep in mind that bacteria are living things.  Like all living things, they have evolved to survive – and these bacteria rely on the food we eat to survive.  So, it makes sense (even if in a crazy, sci-fi way) that the bacteria would be able to influence our actions, like causing us to eat certain types of food. (Source)

So, how exactly do gut bacteria control our mind?

This isn’t just theory.  Research has shown how bacterial changes in the gut can produce anxiety-like symptoms, and how people with certain changes to their gut flora crave certain foods.  Even the introduction of a signal strain of bacteria into mice has shown drastic changes in their anxiety levels. (Source)

Motility is the wave-like contractions of the GI tract.  Motility is what moves food through our GI tracts and helps slosh it around with gastric juices to break it down.  Motility also helps clean out the GI tract after we’ve eaten by pushing out any bits of waste which may have gotten stuck.

For a long time, we’ve known that motility affects the composition of our gut bacteria.  Now, research is showing that it is a two-way street: gut bacteria also affect motility. (Source)  Considering that IBS (which affects a huge portion of the population) is largely a motility problem, this is a huge discovery.

It actually makes sense that gut bacteria would be able to influence motility.  After all, one of the functions of motility is the rid the body of excess bacteria to restore balance.  One theory is that bacteria byproducts trigger motility.  If bacteria is not balanced, then motility suffers – such as becoming spastic as in IBS.

Since motility helps clean out the digestive tract, a problem with motility can lead to the overgrowth of “bad” bacteria, aka SIBO.

In a nutshell?  If you’ve got GI problems, depression, anxiety, low energy, or are overweight, it is time to start paying attention to your gut flora! 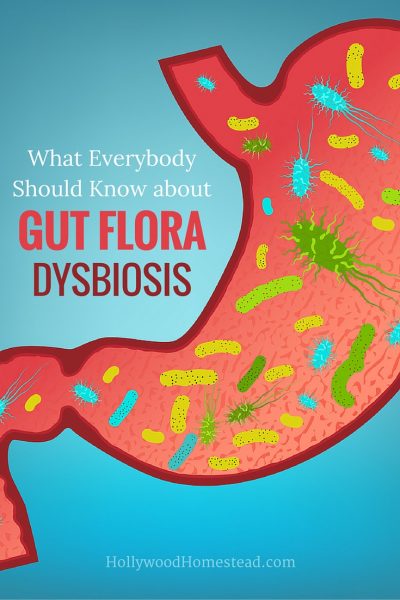 2 thoughts on “What Everybody Should Know about Gut Flora Dysbiosis”