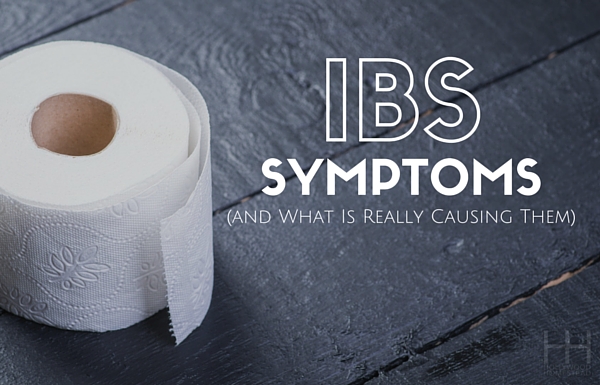 If you’ve been researching IBS you might have noticed that many articles written about IBS just list off symptoms without getting into what causes them or where the symptoms are originating from.  Even without knowing the underlying cause of IBS, you can still figure out what is causing the symptoms.  In fact, it is very important that you take the time to understand your symptoms because this can give you clues to what the real cause of the IBS is so you can find a cure.

IBS used to be thought of as an idiopathic condition, meaning it has no known cause.  Now, researchers believe that IBS is caused when the gut and brain aren’t communicating effectively.   In other words, IBS is a nervous system problem.  As you read through these symptoms of IBS, pay attention to how all the symptoms are linked to the nervous system.  For example:

Knowing this still doesn’t tell us what causes IBS.  The real question is what caused the nervous system to malfunction in the first place? Throughout this series, we will be talking about the latest research on IBS and what might really be causing it.

The most common symptom of IBS is abdominal pain.   Patients describe the pain as cramp-like, stabbing, or aching.  The most common location of the pain is the lower left abdomen, but IBS can cause pain anywhere in the abdomen and the pain can change location.   One characteristic of IBS is that pain is relieved after defecation or passing gas, though the pain might not completely go away.

So what causes the pain in IBS if it isn’t inflammation?  The generalized answer to this is that the pain is caused by gas or stool passing through the GI tract.  Since people with IBS have overly-sensitive nerves, what normally wouldn’t be painful for others can be agonizing for people with IBS.  The pain can also be caused from spasms within the GI tract which, again, for IBS patients can be terribly painful because of the hypersensitive nerves. In the next post in this series, you can read about the 3 Types of IBS Pain and What Causes Them.

Under the Rome III Diagnostic Criteria, physicians will diagnose IBS as Diarrhea-Prominent, Constipation-Prominent, or Mixed.

Keep in mind that diarrhea and constipation are symptoms, not a condition in themselves.  With IBS, the cause of these symptoms seems to be related to motility, which is the natural, rhythmic contractions of the GI tract which move food and waste through it.  The movements of motility look a lot like waves.

Motility is controlled by the nervous system. When the nerves in the gut have been damaged, they won’t be able to communicate with each other.  The result is spastic, unorganized motility.    Once again, this shows us that IBS is a nervous system problem.

People with IBS often have a feeling like they haven’t completely finished going to the bathroom, even when their rectums are empty.  This can cause them to strain when going to the bathroom, or use enemas or laxatives unnecessarily. (Source)  The cause of this likely has to do with the increased neural sensitivity of the sigmoid colon.  Even though the bowels are empty, it still feels like there is waste to be emptied.

One of the jobs of the sigmoid colon is to produce mucus to make stool elimination easier.  IBS patients show changes to their sigmoid colon (like thickened tissue and spastic contractions), which could lead to excess production of mucus.  The excess mucus production could also be due to irritation to the colon. (Source)

Your digestive system is linked to every part of your body, particularly immunity and brain activity.  If you have a problem with your digestive system, you could have any range of symptoms – even ones which seemingly have nothing to do with IBS.  Here are just some of the symptoms that IBS patients often have:

Bacteria feeds mostly off of carbohydrates.  When you consume carbs, the bacteria have a field day eating them up.  Bacteria produce gases as a byproduct, which in turn causes flatulence and bloating. (Source)

To find out if you have SIBO, you will need to have a hydrogen/methane breath test (which you can read about here).

You can order the test and it will be sent to your home (note that some states still don’t allow you to order tests; sorry).  You can learn more about the types of SIBO breath tests here.

***Use the coupon code HOLLYWOOD  to get an additional $5 off.  The coupon applies to all lab tests that you order!

Getting to the Root Cause of Symptoms

Most doctors still say that there is no known cause of IBS, and thus no cure.  So, IBS treatments almost exclusively focus on managing symptoms, such as by taking large amounts of fiber supplements.

Don’t get caught in this trap.

If you only treat the symptoms, you will never get to the root cause of the symptoms and be able to cure your IBS.

Want to know more?  Click below to download our free guide 7 Things You Wish Your Doctor Told You About IBS. 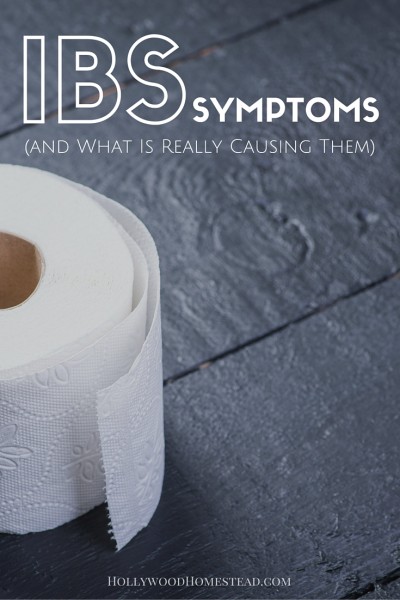