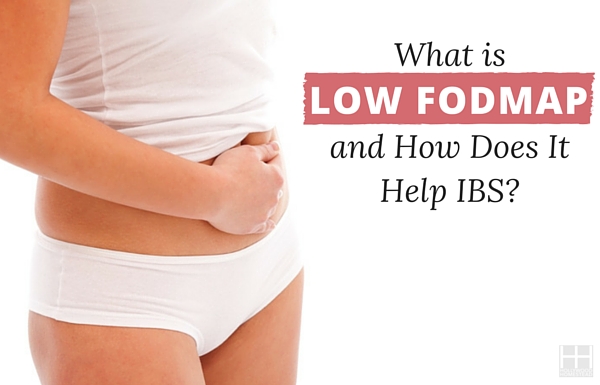 One of the most popular treatments for managing symptoms of IBS is the FODMAPs diet.   FODMAP stands for Fermentable Oligosaccharides, Disaccharides, Monosaccharides, and Polyols, which are the four classes of fermentable sugars/sugar alcohols.  The idea behind the Low FODMAP diet is that you get rid of foods which contribute to intestinal fermentation.  The low FODMAP diet isn’t considered a cure for IBS but can help reduce symptoms.

How Does the FODMAP Diet Work?

To understand how the FODMAP diet works, you first must know that we have trillions of bacteia living in our guts.  As I talk about in this post about gut flora, the bacteria in our guts actually play many crucial roles, so you shouldn’t be worried about the idea of having so many bacteria in your gut.  However, our gut flora can become unbalanced, and this is one of the likely causes of IBS.

Like all living things, they must eat something to stay alive.  And what do gut bacteria primarily eat?  The carbs – including sugars and fibers – that we eat.

The Low FODMAP diet removes certain types of carbs which gut bacteria love. These carbs are known as “fermentables” because bacteria ferment them in the gut and produce gas as a byproduct.  Those gases are responsible for a big portion of IBS symptoms. The only carbs which bacteria don’t really eat are insoluble fiber.  When the bacteria don’t have anything to eat, then they die off.  This can help “bad” bacteria reduce in numbers – especially since many of those bad bacteria really love carbs from sugary junk foods.

Also remember that upwards of 84% of IBS patients test positive for Small Intestine Bacterial Overgrowth syndrome (SIBO).  You might not even have IBS but really have misdiagnosed SIBO.  In this case, it is especially important that you stop eating carbs so the bacteria can starve and return to healthy levels.

I talk about this in my ebook The SIBO Solution, where I provide a complete list of FODMAP foods and also FODMAP-friendly recipes. 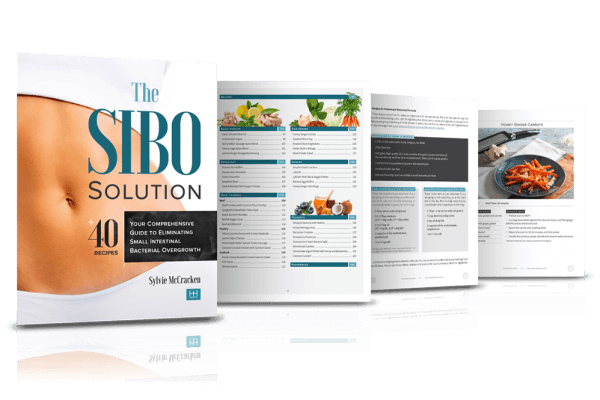 Why Doesn’t the FODMAP Diet Work for Everyone?

If you read through IBS forums, you will see that a lot of people report miracle stories about the low FODMAP diet and how it got rid of all of their symptoms, whereas other people hardly experience any benefits.  Why does the low FODMAP diet have such different effects in different people?  The likely reason for this is because of the underlying cause of the IBS symptoms.

In IBS patients for whom FODMAPs is effective, the cause of symptoms is likely that their gut bacteria have become unbalanced or over-grown (SIBO).  The gut bacteria cannot effectively communicate with the gut’s nervous system anymore, so symptoms like diarrhea, constipation, and pain occur. FODMAPs starves bad bacteria in the gut so symptoms are reduced.

Even two patients who both have IBS from unbalanced gut bacteria can experience different results from the Low FODMAP diet.  It would depend on the types and composition of bacteria in their guts, or their bacteria biomes.  One person, for example, might have bacteria which thrive on sugars whereas another person might have bacteria which thrive on fiber.  This can be seen in the differences in gut bacteria biomes in people from, for example, China and the United States, or in the differences in gut bacteria in vegetarians and meat eaters. (Source)

Another reason why the FODMAP diet may be effective has to do with the fact that, after not eating a type of food for a long time, the gut bacteria which consume it start to die off.  Without these bacteria present, the body then has trouble digesting these fibers.  So, for example, if your diet lacks fiber (as is common with the Standard American Diet), then your gut will be lacking fiber-eating bacteria and the bacteria which produce enzymes needed to digest it.  When you do go to consume fiber, it will cause digestive issues.  (Source)

As for the people who do not experience benefits from the Low FODMAP diet, they probably have as extensive nerve damage in their guts.  Removing fermentable carbs can help reduce gas (which will in turn help reduce pressure in the gut and pain symptoms), but it will not help repair the nerves in the gut.  This requires a much more intensive treatment course.

There are three major issues with the Low FODMAP diet.  The first is that the FODMAP diet protocol does not remove polysaccharide and disaccharide sources of carbs such as grains, starch, starchy vegetables, and sucrose. These carbs are normally well-absorbed.  However, if the underlying cause of your IBS is a bacterial overgrowth (SIBO), the gut will have trouble absorbing these carbs.  The excess bacteria in the gut from the overgrowth will feed off of those carbs and worsen the problem. (Source 1, 2)

It is necessary to remove all of these carbs to experience any benefits.  Since so many cases of IBS are really SIBO (or SIBO is present along with the IBS), it is very important to get tested for SIBO to know whether you should be eliminating all of these carbs as part of your diet protocol until you can reset your gut bacteria.

The second issue with Low FODMAP diet is that is allows a lot of foods and ingredients which are harmful to your gut.  For example, the artificial sweeteners aspartame and saccharine are allowed. As I talk about in this post about How Bad Diet Causes IBS, chemical ingredients are known to damage the lining of the gut and disrupt the gut bacteria. Low FODMAP also allows legumes, grains, soy, and dairy.  These foods are all known food sensitivities and gut irritants.  If you are still eating them and chemical ingredients, your gut is never going to be able to heal.

The third issue with Low FODMAP diet is that it doesn’t reset your gut bacteria.  When you remove carbs from your diet, you do starve off the bad bacteria – but you will also starve some of the good bacteria too.  Studies have shown us that gut bacteria populations can virtually disappear when they don’t get their food. (Source)  So, if you stop eating fiber, then you are going to stop growing the good fiber-loving bacteria in your gut.   The next time you then eat fiber, you are going to get a slew of GI symptoms.  While we still don’t fully understand the role of all of these bacteria in our guts but studies do show that a diverse community of gut bacteria is important for our health.   Plus, you probably don’t want to stick to a Low FODMAP diet for the rest of your life!  Hence why it is important to focus on resetting your gut bacteria (probiotics can help).

How to Make the Low FODMAP Diet Work for You

The first thing you will want to do is get tested for SIBO to determine whether your symptoms are being caused by bacteria overgrowth.  If your test results are positive, then you will want to remove all fermentable carbs from your diet.   This diet is called “The SIBO-Specific Diet” and I talk about it in depth in my ebook The SIBO Solution. The diet can help you get your bacteria levels under control again.  The ebook also contains lots of IBS and SIBO-friendly recipes

If your IBS is not caused by SIBO, then the underlying issue is probably that your gut bacteria is unbalanced (though not necessarily overgrown) and/or your gut nerves have been damaged.  You will instead need to focus on resetting your gut bacteria and healing your gut.  These methods I will talk about in upcoming posts .  You can still use the Low FODMAP diet to help reduce some symptoms in the meantime.

Remember, to get the most out of the Low FODMAP diet protocol, remember that you also must remove polysaccharide and disaccharide carbohydrates AND remove all artificial foods and irritating foods which might be damaging your gut.

How Long Do You Need to Be On the Low FODMAP Diet?

The Low FODMAP diet won’t cure your IBS, but it still can help manage symptoms while you focus on resetting your gut bacteria and healing your gut.  For these reasons, it is a good idea to start the diet right away.  Yes, I know that it is hard to make these dietary changes but it will be worth it.  And after you get over the initial transition period, you will probably never want to go back to eating the foods that give you symptoms – like all those artificial processed foods which are bad for your gut and overall health.

After you cure your IBS, I’d recommend sticking with the Low FODMAP diet for about 3 months.  You can gradually try small amounts of fermentable foods but certain foods that have no nutritional value I’d advise staying away from for the long haul (we really don’t need junk like corn syrup and hydrogenated oil when we can just use more nutrient dense foods like honey and olive oil).    When adding a fermentable food back to your diet, try to make it one that is nourishing and/or a food that you miss and really makes you happy.  Your mental health is just as important as your physical health, and you don’t want to feel like you are depriving yourself.

Over time, you will customize your best diet.  This “best” diet will likely evolve over the upcoming months or even years.  You’ll find out which foods are worth eating for you, and which foods you are happy to give up.

For example, I’ve noticed that milk (lactose) does not agree with me right now.  I had to suffer through several cappuccinos at my favorite café before I was ready to accept this hard truth.  It isn’t likely a life sentence but, for now, I’m laying off the cappuccinos to avoid those tummy troubles.  On the other hand, I’ve learned that I can order a glass of wine without any experiencing any problems so that’s a treat that I’m happy to be able to have on occasion.  Note that my IBS did turn out to be misdiagnosed SIBO.  However, these diet guidelines apply both to SIBO and IBS.  Find what flexibility works best for you.

How Strict Do You Need to Be on the Low FODMAP Diet?

The goal with IBS treatment is to reset your gut bacteria and heal your gut.  During this time, you will want to stick to the diet protocol as closely as possible.  However, it isn’t necessary to be 100% perfect.  It is called Low FODMAP and not No FODMAP!  This is because the poison isn’t in the substance but the amount of the substance.  You might be able to handle a scoop of avocado but an entire avocado could push you over the edge and make you feel awful.

So don’t drive yourself crazy trying to follow the diet protocol perfectly.  Just do the best you can.   After all, stress does contribute to IBS.  If you are stressing out about what food to eat, then you could be going to be doing more harm than good. 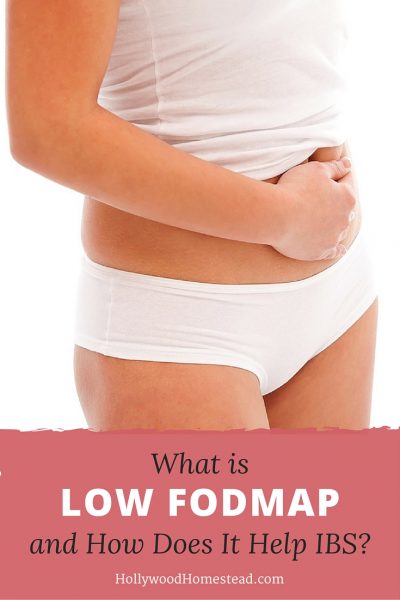