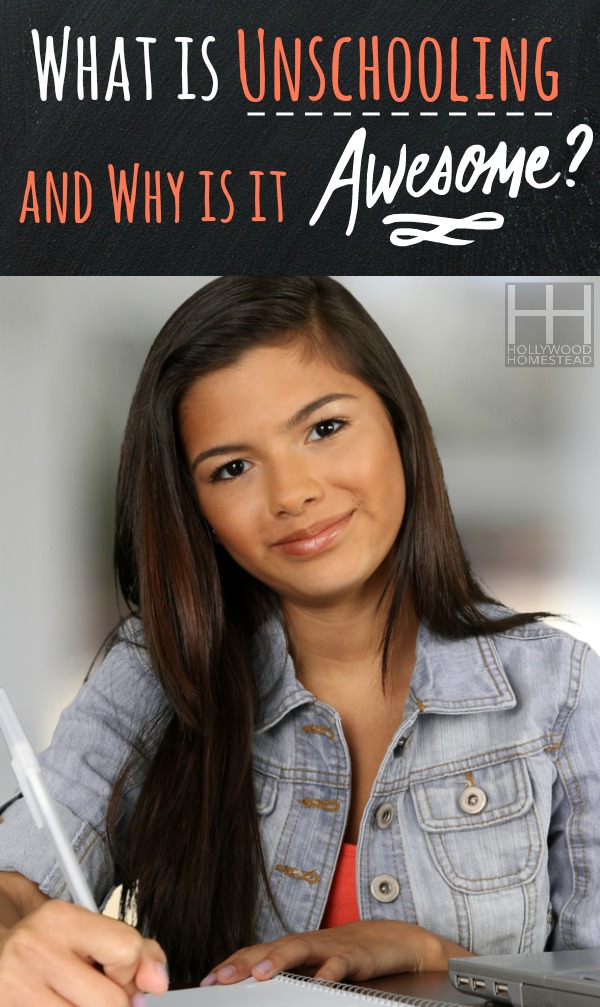 Unschooling is exactly what it sounds like: NOT ATTENDING SCHOOL. That’s it. Those are the only “rules”.

The world of unschooling, I’ve come to find out, can be similarly dogmatic to the world of real food.  Yikes.  So again I find it worthwhile to address what Unschooling is TO ME:

Unschooling is allowing the child to learn by doing and living, choosing their interests and actively creating. It allows the child to focus on their individual interests  as opposed to a a curriculum determined by an education “authority”.  Unschooling respects the child’s opinions and encourages them to think for themselves, question the status quo and live now rather than preparing to live.

Traditional schooling is often passive-picture kids sitting in chairs, listening (or not?) with their hand on their chin and looking out the window most of the time.  In traditional school settings kids are taught to respect authority, to request permission for everything from going to the bathroom to choosing the topic of their next paper or whether you can play with the blocks on Wednesday or not.  The curriculum is often well thought out and planned with the goal of preparing the student for the following year, and then the following and then the one after that.

I don’t know about you, but I’ve been preparing for the next thing all my life and I’m pretty sure this learning gig is a life long process.  I still don’t have it all figured out.  Do you?  How about we focus on now for a change? 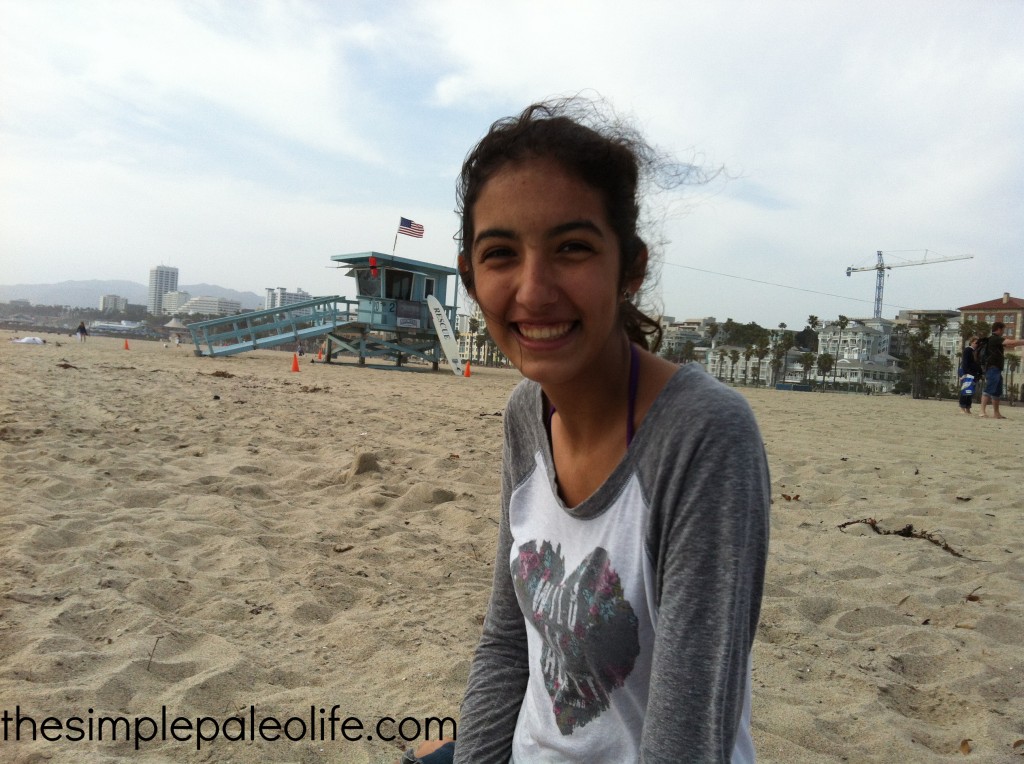 I remember hearing the word a few times in my 14 years of parenting and not even being curious as to what it was.  I certainly didn’t need one more thing to research.  After all, I had moved to Santa Monica, CA with a lot of sacrifice as a single mom so that my child could attend one of the best school districts in the country!  Don’t tell me I got it all wrong!

Our journey into unschooling started with homeschooling.  We chose to homeschool because of big life transitions such as an international move and scoliosis surgery.  Since I was going to be home with 3 kids on my own while working full time for 7 months (have I mentioned I’m a tad crazy) I wanted something easy in terms of curriculum so that Natalie could manage her education during that period with minimal help from me.  Enter the K12 program that is sponsored by the public schools.  Did I mention its also free and they lend you a computer for the kid to use?

Let me also mention that my husband is a teacher with a Master’s in education.  He now stays home with the kids but it is possible some day he may go back to teaching and I am in no way anti-school or ant-teaching! I don’t know if those are actual terms or if I just made them up but hopefully I’ve made my point clear.

So, why am I writing about unschooling and what the heck does it have to do with paleo?

Unschooling ties in to our desire for simplicity, decentralization and breaking away from the system.

I’m a problem solver, and we had a problem.  When Natalie went back to regular school for a few months after life had settled down our days looked like this:

Add grades and testing to the equation and it was just not fun times.  It felt like she was not really living with us, just coming home to eat and sleep.  Of course, its just normal right?  All of us went through that at that age! (uphill, both ways)  Its a part of life! Suck it up, buttercup!

I’m known for asking that question a lot, kind of like an annoying 3 year old.  In all seriousness I think its an important question in every aspect of life.  Its what led us to the way we eat, our decision on circumcision, unschooling, political choices.  Questioning everything.  “Because we’ve always been doing it” is not a good enough answer for me.

Why does life have to be so hectic?

Why are school days so long and why do we have to study 10 subjects when there’s only 2 or 3 of those we really enjoy?

Why do kids have to shut up and listen?

The hilarious bit? Her schooled friends still call her up for help with their homework.

Do I unschool all my kids? Do I think its right for every child at every age?

Actually Natalie isn’t even 100% unschooled because she goes to spanish school once a week.  So does Sofia (age 4) who also goes to a co-op preschool in the mornings most weekdays.  Milo (2.5) will also go to the co-op in the fall.  They don’t always go.  If there’s a morning where they’d all rather go to the park or plant things in the garden or go to the farmer’s market or just do nothing or read books at the library then that’s what they do.  At preschool they learn a few things but mostly they play with their friends and have fun. 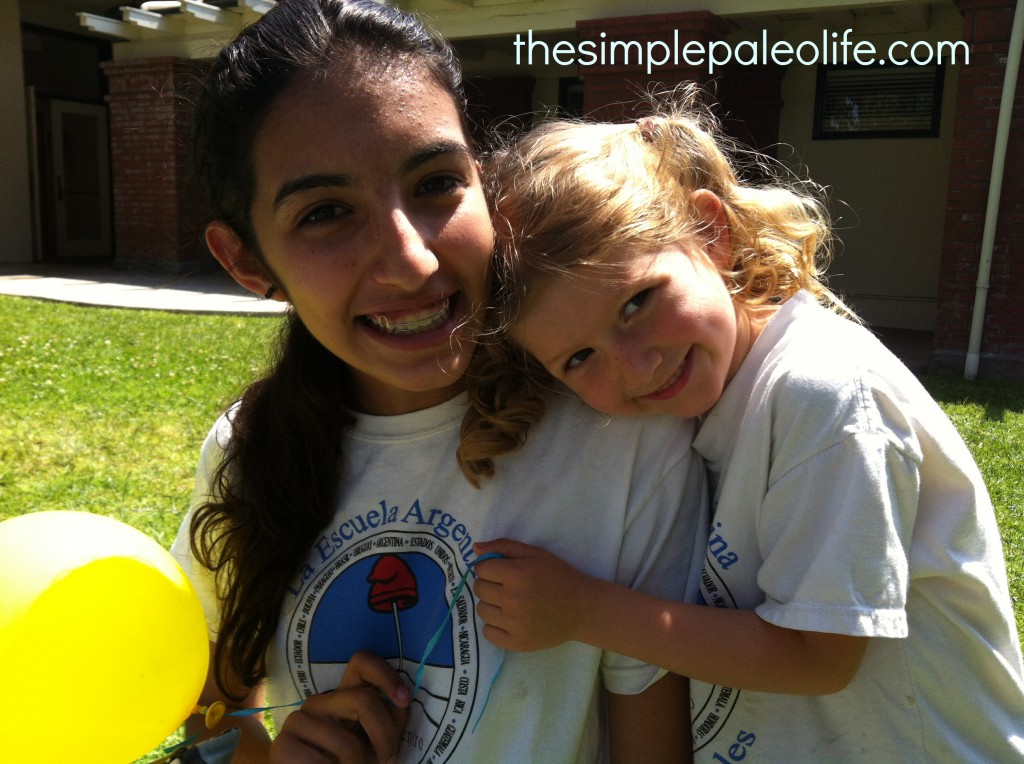 For now, that’s what is working for us.  And who knows, Sofia might even go to regular kindergarten when the time comes.  I doubt it but I guess it depends on what our work schedules are like and where we’re living.

The book that really sold me on the concept of unschooling is The Teenage Liberation Handbook, by Grace Llewelyn, and yes, I recommend it even if your kids will not be teens for several years.  (Grace also runs the Not Back To School Camp in Oregon and Vermont in the summers). 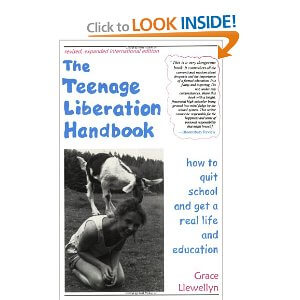 Would you be interested in Natalie’s take on unschooling? If so, comment below with your questions for her!

28 thoughts on “What is unschooling and why is it awesome?”