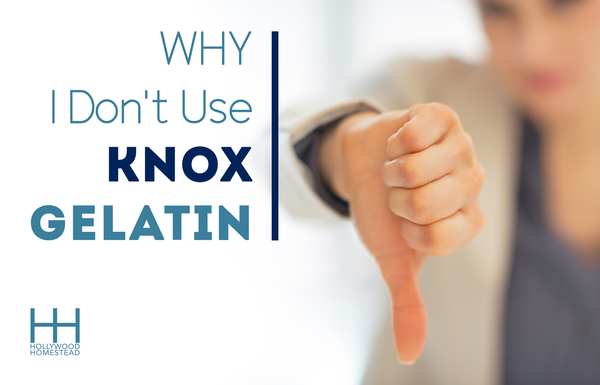 When it comes to gelatin, Knox Gelatine is the brand that most of us know best.  Part of the reason is because Knox Gelatine was the first commercial brand of gelatin and has been around since the 1840s.  It is still available in just about every supermarket and cheap to buy.

If you want to make a gummy dessert, Knox Gelatine will do the trick (Not that I’d recommend eating Knox Gelatine even for this purpose though!).

But here’s the thing:

Many people buy gelatin because they heard about its many health benefits, such as:

If it is these health benefits you are after, then I don’t recommend using Knox Gelatine!  Here is why.

Knox Gelatine Is Made from Factory Farm Animals

Gelatin is made from the bones, skins, and connective tissues of animals.  This probably sounds weird or even gross to a lot of people.  However, these are things we really should be eating more of!

The amino acids (which are the building blocks of proteins) in connective tissues are different than the amino acids found in muscle meat.  Since we mostly eat muscle meat, we end up with too many of certain amino acids and not enough of other ones.

I wrote to Knox asking them how they raise their animals.  I didn’t get a response from them.  However, since Knox is such a large company and uses the mass-production methods typical of the industry, we can safely assume that their gelatin is made from factory farm animals.
Why does this matter?  Two BIG reasons:

You’ve probably seen the grass-fed label on meat in your supermarket.  There is a very good reason that so many people are now choosing grass-fed over traditional grain-fed meat: it is healthier.

As I talk about in this post about What Is Grass-Fed Gelatin, grass-fed meat has:

Another issue with animals that aren’t grass-fed is that they are probably getting GMO feed.  This is something we should all be worried about and we definitely don’t want traces of GMOs in our gelatin.

To extract the gelatin from animal parts, manufacturers typically soak the animal parts in a strong acid like hydrochloric acid, calcium hydroxide, or sulphur dioxide.

Traces of the acids can remain in the gelatin and can cause health problems.  In the case of the hydrochloric acid, the acid also destroys the collagen, thus destroying the nutritional benefits of the gelatin.

Knox also doesn’t give out any information about how they make their gelatin.  Thus, I’d have to assume that they are using this acidic method which destroys nutrients.

There are other ways of making gelatin though!  Brands like Vital Proteins and Great Lakes use an alkaline method and lower levels of heat to make their gelatin, thus leaving more nutrients intact.

What Do I Use Instead of Knox Gelatine?

Quality really matters when it comes to superfoods. If you want health benefits, then you’ve got to be prepared to pay a bit extra for a quality product.

Of the two brands, Vital Proteins is probably the more nutritious because of how much quality control goes into making it.  They give out a lot of detailed info on their website, such as what breed of cows is used to make the gelatin (Nelore breed) and how much pasture each cow gets (2.67 acres each).

Vital Proteins does cost a bit more than Great Lakes gelatin though.  Since they are both great products, you can decide for yourself whether it is worth it to pay a bit extra for Vital Proteins or just stick with Great Lakes. 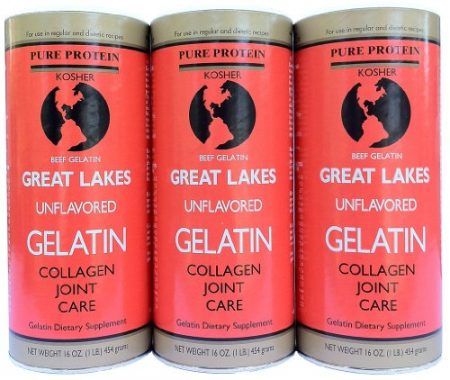 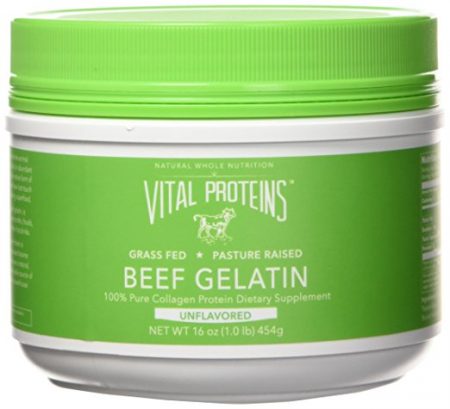 Want to learn more about gelatin? Download The Gelatin Secret. It contains useful information about how to use gelatin, its health benefits, and dozens of great gelatin recipes.  Get your copy here. 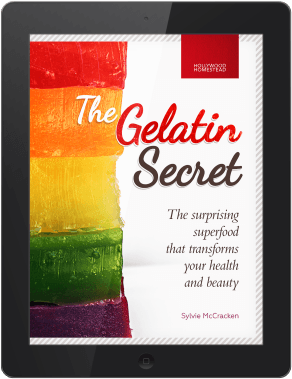 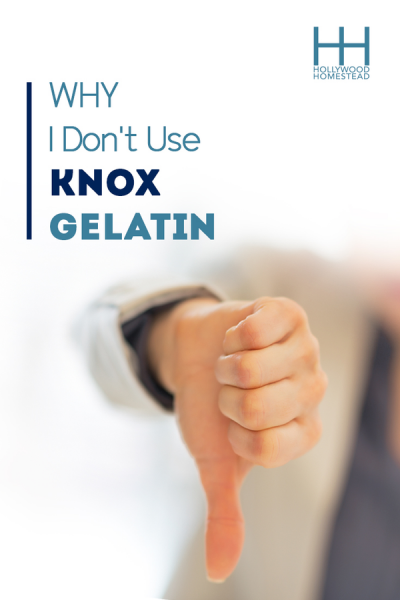 19 thoughts on “Why I Don’t Use Knox Gelatin”