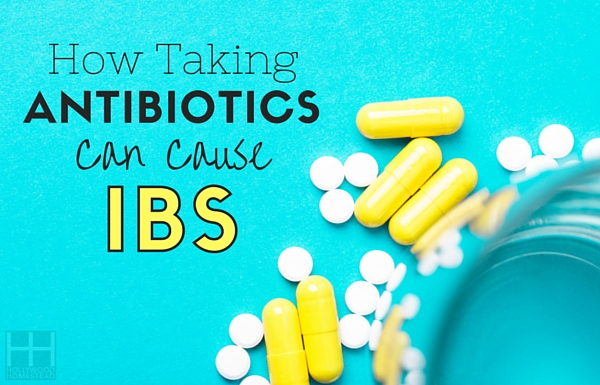 Not that long ago, we thought that we’d won the battle against infectious diseases thanks to antibiotics. Now, we are realizing that we might have created a lot of problems along with the ones we cured – and I’m not just talking about the threat of antibiotic resistant superbugs.

For example, we already know that taking antibiotics disrupts your gut flora, and that disrupted gut flora can lead to IBS by damaging the nerves in the gut. (Source) But what we are only now coming to understand is just how detrimental the long term effectives of antibiotics can be.

Antibiotic Use and Childhood Asthma

In this study, for example, children had a 1.71x greater risk of developing asthma after an antibiotics prescription. And in this study which just looked at antibiotic use for non-respiratory infections and found that children receiving antibiotics were 1.86x more likely to develop asthma and that the risk was greatest in children who took broad-spectrum antibiotics as opposed to antibiotics for a specific type of bacteria.

Antibiotic Use and Type 2 Diabetes

The link between antibiotic use and type 2 diabetes has been highly researched in many large controlled studies. For example, one Danish study looked at over 170,000 people with type 2 diabetes and compared them to over 1.3 million control patients. They were able to use databases to access the participants’ antibiotic use over the past 13 years. The participants who had filled 2-4 antibiotic prescriptions had a 23% high risk of diabetes. Those who had filled 5 or more antibiotic prescriptions had a 53% high risk!

Childhood obesity is a major problem which is sweeping through the Western world, which also happens to be where antibiotic use is at its highest. According to the CDC, only 7% of 6-11 year olds were obese in 1980. As of 2012, over 18% are obese. Now over 1/3 of all children are overweight or obese – and the problem just seems to be getting worse.

Certainly there are many factors at play in childhood obesity, like the terrible Standard American Diet of processed food which most people eat. Yet, antibiotics might be one of these factors too.

One of the largest studies on the link between antibiotics and childhood obesity was done by the University of Pennsylvania and Bloomberg School of Public Health. They looked at the health records of more than 64,500 American children from 2001 to 2013. The children were followed up until they turned 5 years old.

The kids who had received 4 or more courses of antibiotics were 10% more likely to be obese at the age of 5.

This study also found that the children receiving broad spectrum antibiotics were even more likely to become obese.

Antibiotic Use and Juvenile Idiopathic Arthritis

Yes, children now have arthritis! Doctors don’t know what causes juvenile idiopathic arthritis but, once again, there is an antibiotic link.

This study found that taking any sort of antibiotics increased a child’s risk of JIA by 2x. When children had 5 or more antibiotic courses, the risk increased to 3x.

Antibiotic Use and Retinal Detachment

One of the most fascinating things I’ve seen on the importance of our gut flora – and how badly antibiotics can affect it – is a map of an infant’s microbiome development.

Using samples from healthy adults, Knight Lab was able to map out the microbial communities in the body. Each person’s microbiome is different, but we can see some similarities in parts of the body. For example, our oral bacteria communities resemble each other as do our fecal, vaginal, and skin bacteria.   The closer the dots, the more similar the types of bacteria. 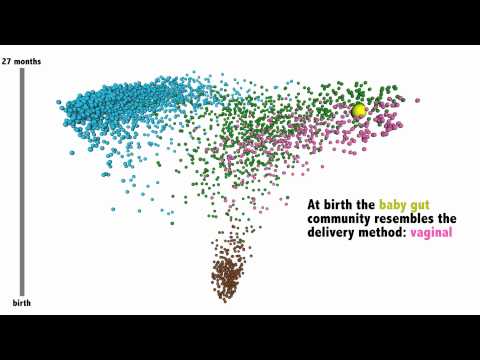 The lab then took samples of a baby’s stool (to represent the gut bacteria). At birth, the stool sample mostly resembled an adult’s vaginal microbiome. This makes sense considering that babies are sterile until birth and then are exposed to the mother’s vaginal bacteria. Babies born through C-section have different microbiomes than children born vaginally.

The lab continued to take a stool sample from the baby each week up until it was about 2 years old. When you watch the video, you can see how the baby’s stool sample gradually goes from resembling the vaginal microbiome to looking like an adult’s stool sample. It bounces around a bit but is making a steady trajectory towards resembling a healthy adult. This is pretty amazing stuff!

You might notice at one moment the dot representing the baby’s bacteria makes a huge jump backwards. This is when the baby had an ear infection and received a dose of antibiotics. What you are seeing is a huge “setback of many months of normal development.”

Luckily for the child, we also see that the child made a rapid recovery. The stool sample bounces right back to where it should have been.

Not everyone will be so lucky. As Jeroen Raes, a microbiology expert who uses novel computational approaches to study the human microbiome and its role in diseases, says, antibiotic use also matters in adults:

“If you get a normal dose of broad-spectrum antibiotics, some of you will recover, in terms of gut flora, after a few weeks. For some of you, it will take months. For some of you it can take over a year for your gut flora to become ‘normal’ or to return to what it was again. And for some people, they never recover. They have permanently altered their gut flora.”

This is why probiotics will help IBS in some cases – they are making up for the healthy bacteria which is lacking in your gut.

But curing IBS isn’t as simple as taking a probiotic pill (at least for most people it won’t be enough). The gut microbiome is very complex. You can’t just add one or two healthy bacteria to it and expect everything to get into balance.

Think of it this way. If there was a huge forest fire, the entire biome would be destroyed. You couldn’t just plant some pine trees and saw that the forest had been restored. You’d need numerous species of trees, grasses, moss, flowers, and so forth.

I’m not saying that you shouldn’t take antibiotics, or even that antibiotics are the main cause of your IBS. However, we all should all be cautious about taking antibiotics and giving them to our children. 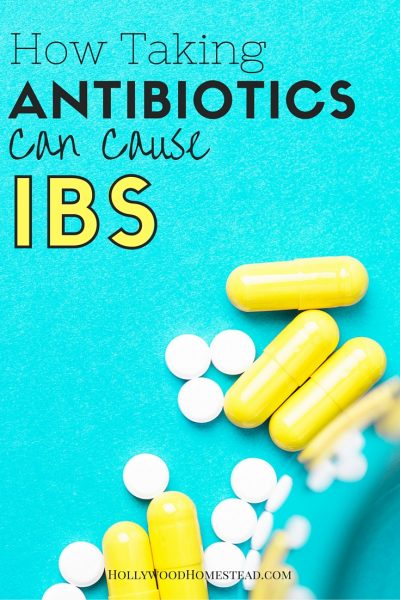